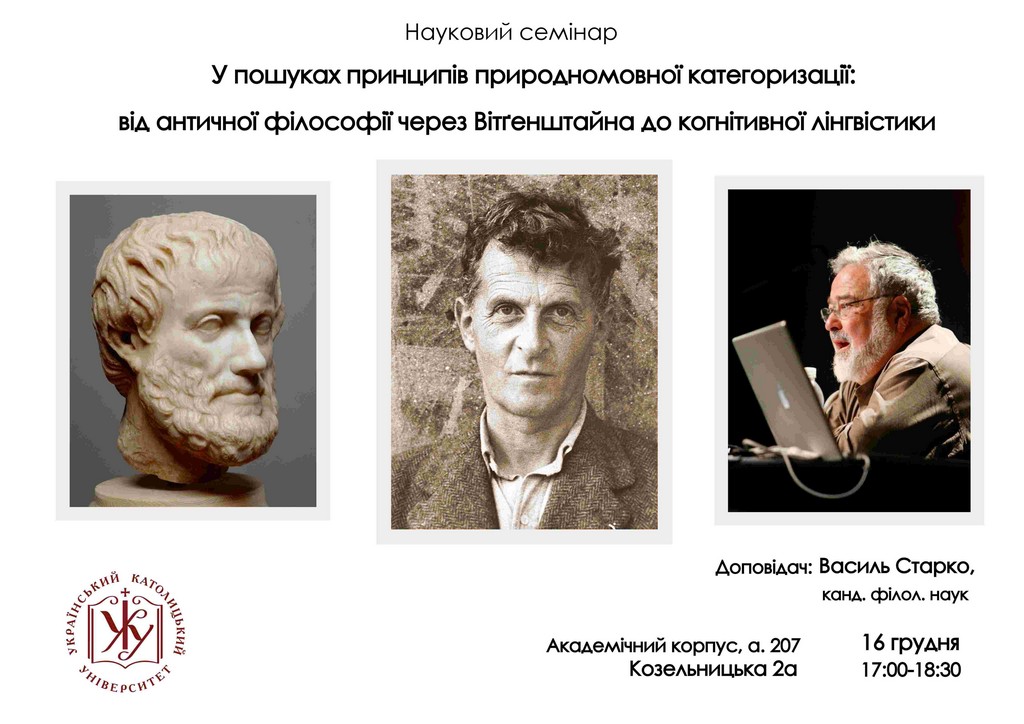 On December 16, 2019, Vasyl Starko conducted an academic seminar entitled “In the search of principles of linguistic categorization: from Ancient Greek philosophy to Wittgenstein to cognitive linguistics”.

The presenter gave an overview of key ideas in the study of categorization: the classical model, the family resemblances approach (Ludwig Wittgenstein), the so-called prototype theory, the ideas of modern cognitive linguistics, and data from neuroscience.

The seminar was based on many years of categorization research by Vasyl Starko, as well as his consultations with Professor Dirk Geeraerts, a leading cognitive scientist, which took place at the Catholic University of Leuven and were made possible by an UCU research grant.

WITH THE FINANCIAL SUPPORT